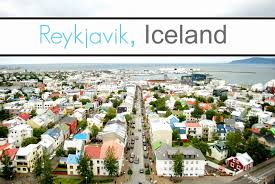 I recently had the opportunity to do an extensive site visit to Iceland for an upcoming MICE event.

1. Next door to Nature


While in Reykjavik you’ll live next door to nature. There aren’t many places in the city where nature feels removed or non-present. Neighborhoods are either nestled by mountains, the sea or both, and many surrounded by vast lava fields. It doesn’t matter where you are in the city; Icelandic nature is never more than minutes away.


Let your imagination go wild with daytime activities and it will most likely become a reality in Iceland, whether it’s soaking in the fountain of youth, also known as Blue Lagoon, or helicoptering over vast lands of lava and ice. Go on glacier hikes and snowmobiles, explore inside mystic cliffs and behind waterfalls, visit black beaches and hot springs.


Icelanders are generally hard working and positive people. We’re not afraid of big challenges, including beating England in the Euro Cup and qualifying for the World Cup. We believe that we can do anything and there’s a charming credibility with that kind of attitude. Families live close to each other, manifesting in a high quality of life and we’re among the first in global measures of happiness.


We do pride ourselves on our peacefulness; we’re military free and the only NATO member without a standing army. The only war we’ve ever partaken in was The Cod War. We sure do care about our fish. Our crime rate is low, the police force doesn’t carry guns, gay marriages are, legal, and our babies sleep outside.


Being blessed with magical nature, sustainability is rooted in our DNA. We’re endlessly proud of our landscape and we’d like to maintain its beauty. Before much talk of limiting footprints, Icelanders approached certain eco-friendly practices simply because of love for our nature. The annual update of the Global Destination Sustainability Index (GDS) in 2017 measured sustainability in 38 cities from 5 continents. Reykjavík shares third place on the list with Copenhagen.


With all the modernized culinary affairs we offer in Iceland today, we still hold on to certain traditions; we love our rye bread cooked in geysers and our dried fish paired with butter. Today’s fare is an elevated heritage with numerous farm-fresh eateries, serving a juxtaposition of traditional comfort food and new delicate flavors showcasing playful techniques, including infusions of arctic herbs and other wild flowers. Our flavors are fresh and vibrant from farm to fork.


7. Friendly Distance: Reykjavik is a friendly and accessible city and compact with minimal traffic. Venues and hotels in Reykjavik are anywhere between a walking distance and up to a 15 minute drive from each other. Smaller towns and villages can easily be reached by domestic planes in less than 1 hour. Iceland being located in the smack middle of Europe and North America, Reykjavik has twice the number of flights between the US and other Scandinavian cities. We’re a hop, skip, and a jump from mainland Europe the American East Coast.


A whopping 90% of the entire Icelandic population has access to Internet at work, at home, or both, allowing us to be a leading E-nation - named as number one on the 2017 ICT Development Index, published by the United Nations). The list’s criteria are based on international information and communication technologies, including state of the art infrastructure and internet usage.


The music talent in Iceland is a creative crowd with international acclaim. Reykjavik is a buzzing cultural hub with art galleries, theatre and nightlife. The vibrant culture and party scene have wide attraction and a substantial following. Reykjavík’s legendary nightlife is legendary and stands up to its reputation as being one of the hottest places to party in the world today. Weekends are vibrant in both dark winter evenings as well as bright summer nights.


Do you run into a former female president at a coffee shop and, do you light candles in the morning (during winter), and see babies sleeping outside all year around? Only in Iceland do you need an App to see if you’re related before you act on a romantic interest, and swim in outdoor pools during a snowstorm. Only in Iceland is the capital surrounded by lava. Only in Reykjavik do they turn off all city lights to allow everyone to enjoy the Northern Lights. And only in Iceland will there be an end to the gender pay gap in 2020. And it also might be the only place on earth where an “elf whisperer” is an actual profession.
Email ThisBlogThis!Share to TwitterShare to FacebookShare to Pinterest
Home
Subscribe to: Posts (Atom)